A Realistic Day in Lockdown – OurWarwick 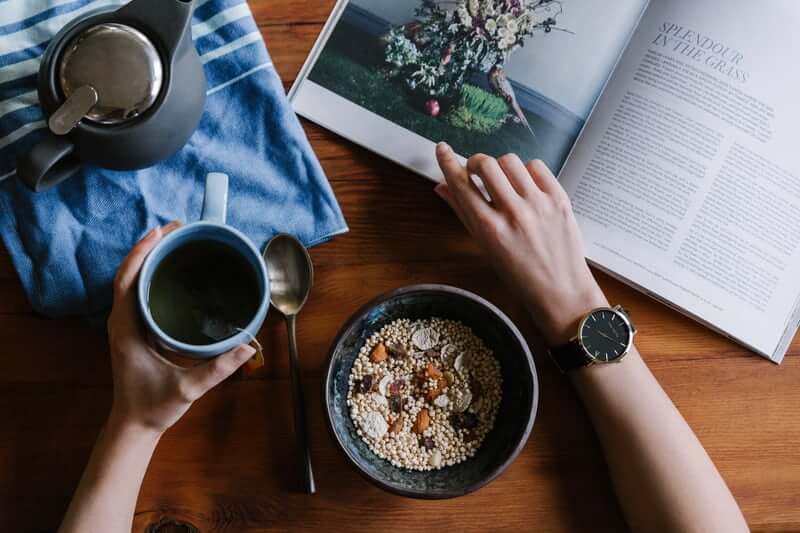 A Realistic Day in Lockdown

I had the idea that this post could almost act as a companion or follow up to my previous one (Productivity in Lockdown). Regardless of any grand plans of productivity I have for the day, they rarely go as I had hoped. The reasons could be anything from getting too invested in a social media, to just feeling a down. So, in the hopes that I can show you that you aren’t alone, despite what society might have you believe, I wanted to share what a realistic study day in lockdown looks like, particularly for a second-year history student!

I believe that my alarm goes off at around 08:00, but I rarely get up before 09:30! First up for the day is to wash, eat, and have the all important morning coffee. While I eat I will often have a scroll through Twitter and Instagram, or watch an episode of a TV show (Lucifer is my current pick).

At around 10:30 I’ll start to tackle my list for the day, working for around an hour and a half and using the pomodoro technique (working for 25 minutes, taking a break for 5). In the morning I tend to prioritise some of the less daunting tasks on my list so that there is some sense of achievement early on. At the moment, this consists of annotating essays and editing them ready to submit. Before I know it, it’s lunchtime, and I take up to an hour and a half to eat and relax a bit.

After lunch I will sometimes go for my state-sanctioned walk, just to blow away the cobwebs and shake off any post-lunch sluggishness. However, I don’t often manage this because I get immersed in YouTube or TV…

Anyway, at 13:30 it’s back to work for another 90 minutes! In this time I generally start to tackle some of the more daunting tasks because I know I have a longer break coming up. At the moment, this time is primarily taken up by my research project. To help with this I have broken the whole essay down into sections to make it seem more manageable.

15:00 rolls around and it’s time for a substantial two-hour break. Over the past week I’ve taken on the Couch to 5K challenge, so if it’s a day for a run then this is when I’ll go out. If not, and I haven’t gone for my walk yet, then I’ll go now.

Next, it’s time for some laziness. I’ll often crack out Animal Crossing at this point, ready to do my daily round of my island. If not then it’s back to Netflix, or sometimes I pick up a book.

At 17:00 I start gearing up for the final stretch of work for the day. I’m often not that productive at this time of day so the next couple of hours often consists of tying up loose ends, finishing up work from earlier in the day. Sometimes this is when I’ll tick something more enjoyable off my list, such as writing blog posts!

I tend to work until 19:00 and then it’s time for dinner and family time. My mum and I have been enjoying watching a couple of episodes of TV (we’re currently loving The Stranger on Netflix,  and Upright on Now TV), or at the weekends then we watch the musical streamed on Andrew Lloyd Webber’s YouTube channel, ‘The Shows Must Go On,’ which has been great since we’re really missing going to the theatre right now. Occasionally I’ll hop on a Netflix Party with a friend or two, or I’ll read.

And that just about wraps up a realistic day in my life!

Looking at my routine written down, it’s pretty clear that I never really work for more than five hours a day, which, broken up, is pretty manageable. I give myself plenty of time for breaks so that when I’m working I can be as productive as possible. But of course there are some things I wish I could do more of. For example, I wish I read more, making more of an effort to take time away from my laptop screen. But my priority at the moment is doing whatever it is I fancy, which right now seems to be watching TV or YouTube videos.  Perhaps I’ll start to prefer reading in my breaks, but I won’t beat myself up about it now. What I’m doing works for me and it’s getting me through this weird time for now.

I hope that this demonstrates that you needn’t be working flat out for hours on end to get work done and be productive. It’s okay to have long breaks if that’s what you need and what works for you! It’s also fine to do nothing but read or watch Netflix. It’s a weird world right now, so do whatever is necessary to get through and you’ll be ready to come back better than ever once normality resumes!

I hope you enjoy the rest of your day! Stay home, and stay safe!