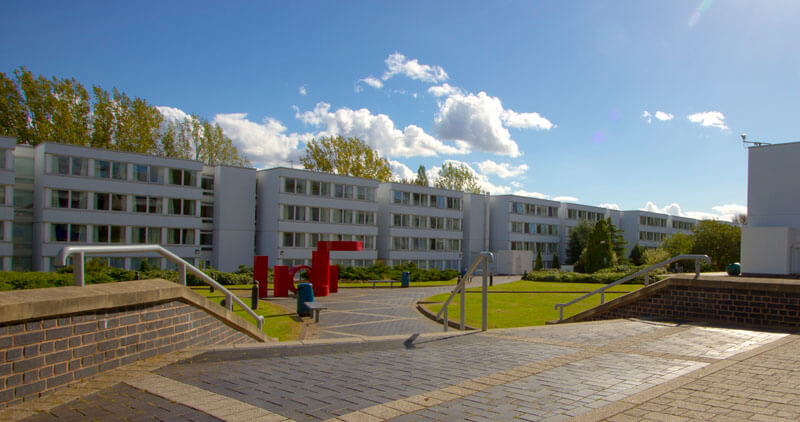 A Quick Guide to Warwick Accommodation

So you’ve decided to attend University at Warwick. “But where am I going to stay?” you may ask. Well Warwick has some excellent accommodation located on campus for students in their first year. Here is a quick guide to all the halls of residence to help make the decision of where to live slightly easier. I’ve organised them though their location on campus.

Lakeside Village is comprised of Heronbank, Lakeside and Sherbourne. The area is the quietest and most beautiful on campus, offering great views of the lake with plenty of wildlife wandering around. Having laid my head and called Lakeside home during my first year, I feel I can be most accurate about that accommodation: I found the rooms to be spacious and a great size, especially when compared to my friend’s rooms in other places. Its distance from central campus offers both pros and cons. On one hand it’s routinely quiet, which makes it great for studying, although it can at times feel like you’re missing out on the action that occurs at the centre of campus. However, I personally appreciated the walk home after a night in the Copper Rooms.

Heronbank is the cheapest of the halls, with Sherbourne being the priciest of the three. All three share the distance from central campus, however Lakeside Village is located very closely to the Sports Centre (with Sherbourne having basketball courts outside its front door), so is ideal for anyone hoping to join any of the many sport societies that Warwick has to offer.

The liveliest and one could say most convenient of the campus villages, Central Campus is comprised of Arthur Vick, Bluebell, Claycroft, Jack Martin, Rootes, Tocil and Whitefields.

Some of these are further from the main activity than others, such as Claycroft which is fortunately located right next to Tesco, where as others such as Rootes and Whitefields are located dead in the centre. Rootes is an experience. An experience. Located dead centre of campus, Rootes is commonly seen as party central, so if peace and quiet is what you’re after, stay away. However, from the few times I spent at Rootes, each night there was a tonne of fun. The kitchen area appears rather small when compared to other accommodations, yet everyone seemingly makes it all work.

Bluebell is the most expensive accommodation on campus (with my friend noting on initial entry that it “was like entering a hotel”), with Whitefields being the cheapest (but no less characterful) .

Arthur Vick and Jack Martin alway appear twinned in my mind for some reason, probably due to their close proximity and pleasantness. Both are comfortable places to live.

If you’re looking for the ‘full’ university experience, any accommodation located in Central Campus may be ideal, as there is always something going on right outside your front door. Everything, from the SU to the library, the student cinema to The Dirty Duck pub, is all within a five minute walk of each other.

“How’s the weather over there?” is a joke frequently aimed at students who stay at Westwood due to its distance from the main campus. It’s sort of like its own little village if villages resembled cul-de-sacs. The distance is often the most daunting aspect of Westwood, as I’m sure anyone who has ever trekked from central campus to Westwood wishes they had taken the bus. However, residents I know have only spoken highly of the area, and with Westwood being home to the post room that students must hike to to collect parcels, sometimes such students get the last laugh…