A month of Pilgrimages, Eurovision, and a whole lot of Sushi – OurWarwick 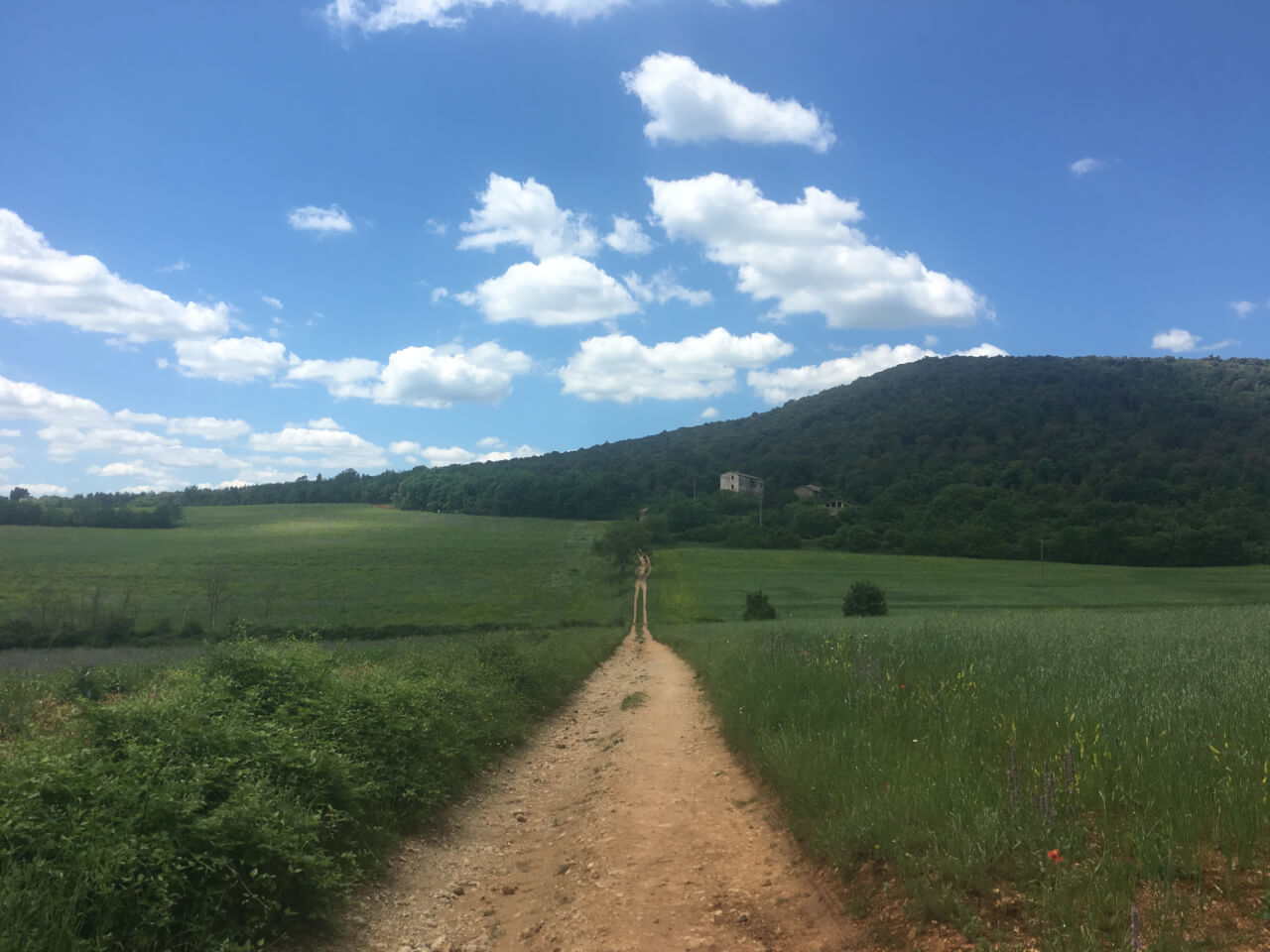 A month of Pilgrimages, Eurovision, and a whole lot of Sushi

How are we already in June?! How is next year 2020?! How am I 21 in half a year?! Just some of the questions that have been haunting me for the last couple of weeks… Having finally finalised my summer plans, I spent most of today looking at flights home, and I won’t lie, there may have been a few teary moments at the thought of saying goodbye in a couple of weeks. If you are ever lucky enough to do a year abroad, seriously try to enjoy every moment, as it does fly by, and sooner or later you’ll be considering marrying an Italian and giving up your degree in a desperate attempt to make it not end.

I think my attachment to this beautiful city has increased majorly in the last week, as despite surviving the coldest and wettest May for 60 years in Italy (seriously, I was still wearing my winter coat last week), since last Thursday, the sun has fully arrived, and every day feels more like a holiday instead of university. 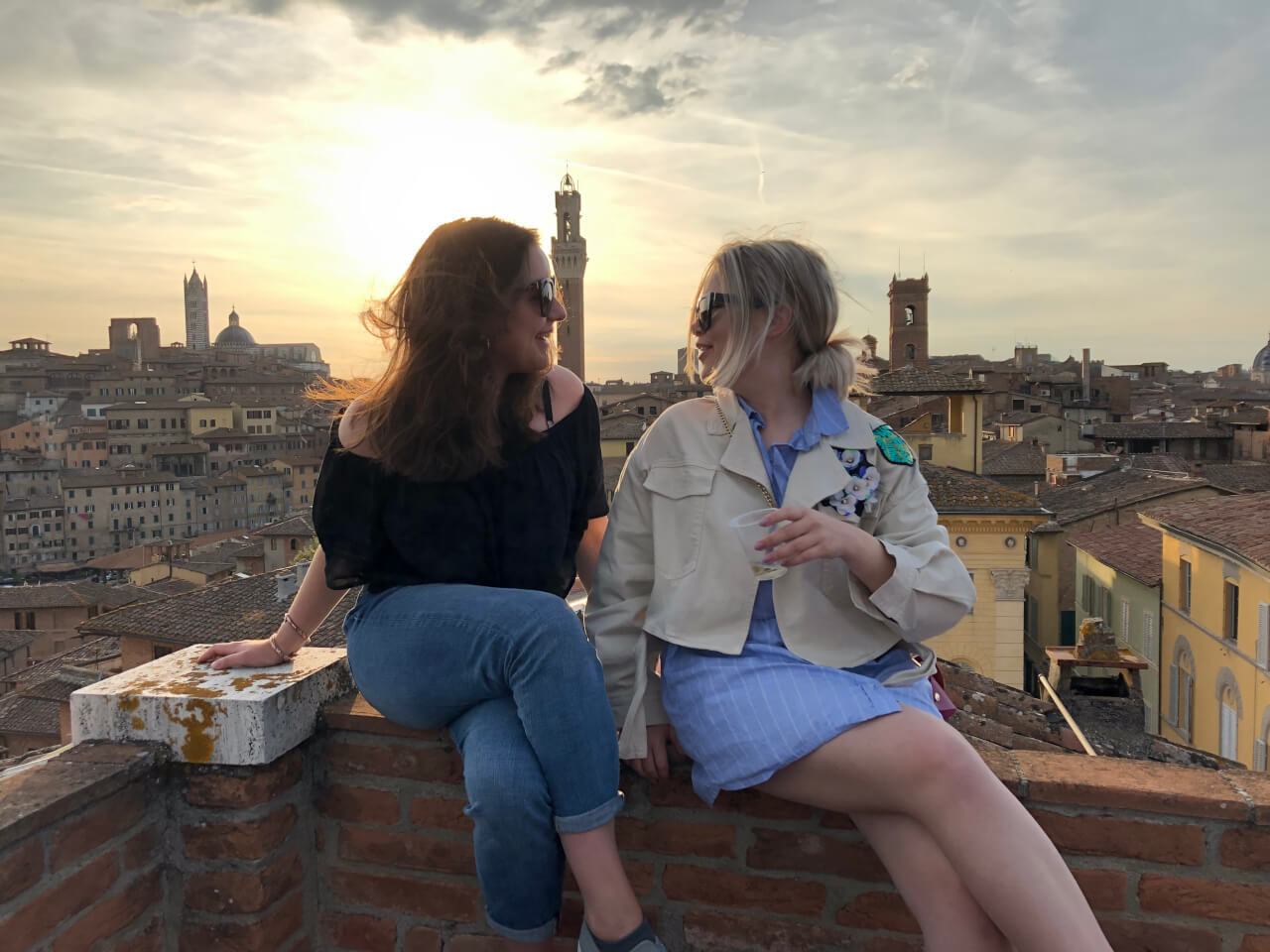 Even though I still have three more weeks of classes, and exams until mid-July, it seems everything in Siena has slowed down with the arrival of summer, as the Italians embrace the beautiful weather with their quintessential charm, even if they’re still wearing winter coats- seriously, in 30 degrees?! Although, I must confess, sometimes I would happily trade the weather for fewer tourists (the bane of my life) as it is getting harder and harder to navigate my way to class in between the armies of tourists on coach trips, listening to a tour guide waffle about the history of Siena. 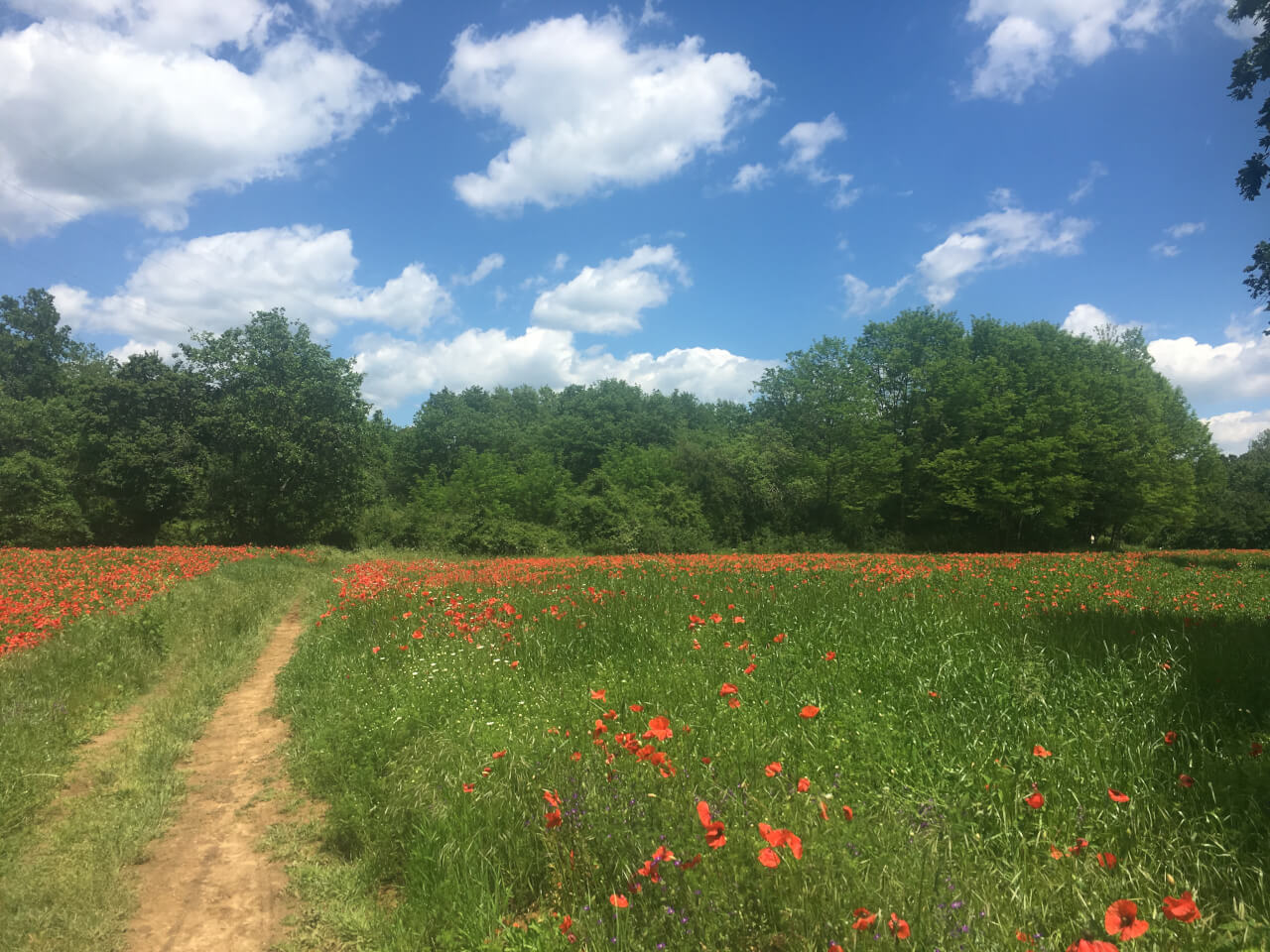 I actually had one of my best days in Siena last week Friday, when a group of 12 of us took the bus down to Monteriggioni, a tiny town nearby, and hiked the 24km back to our home. With amazing weather and endless fields of the Tuscan countryside, it was pretty idyllic. The journey is actually part of the Via Francigena, which is a pilgrimage from Canterbury to Rome. Whilst I don’t think I’ll quite get to Rome, we do have plans to do another stage, which will be the 32km linking Monteriggioni and San Gimignano. Who could blame you with views like this?… 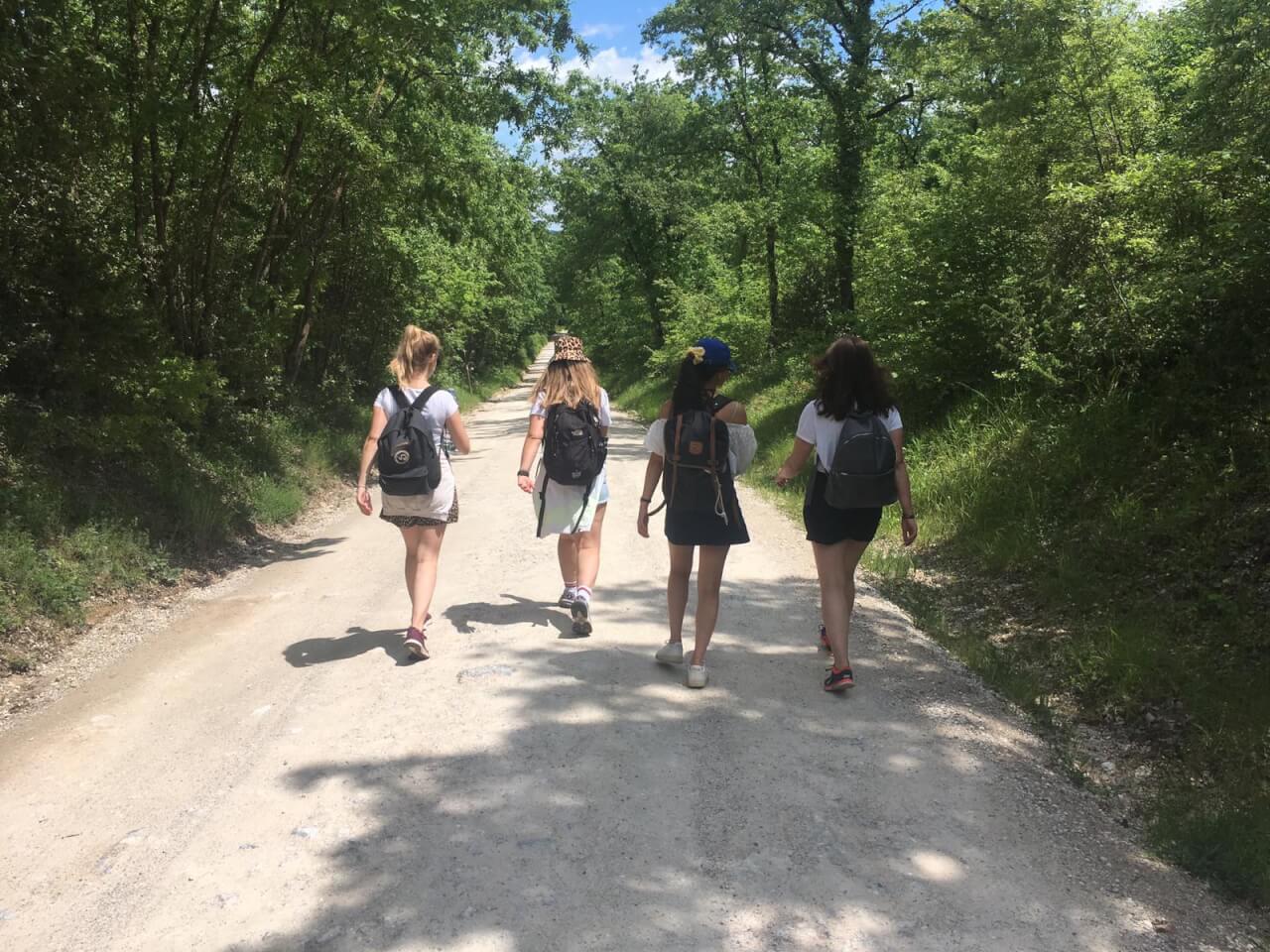 Although, it was slightly muddy thanks to the torrential storms we had throughout May, meaning that parts were dangerously slippy, and my trainers had to visit the washing machine the day after. But aside from that, zero complaints… 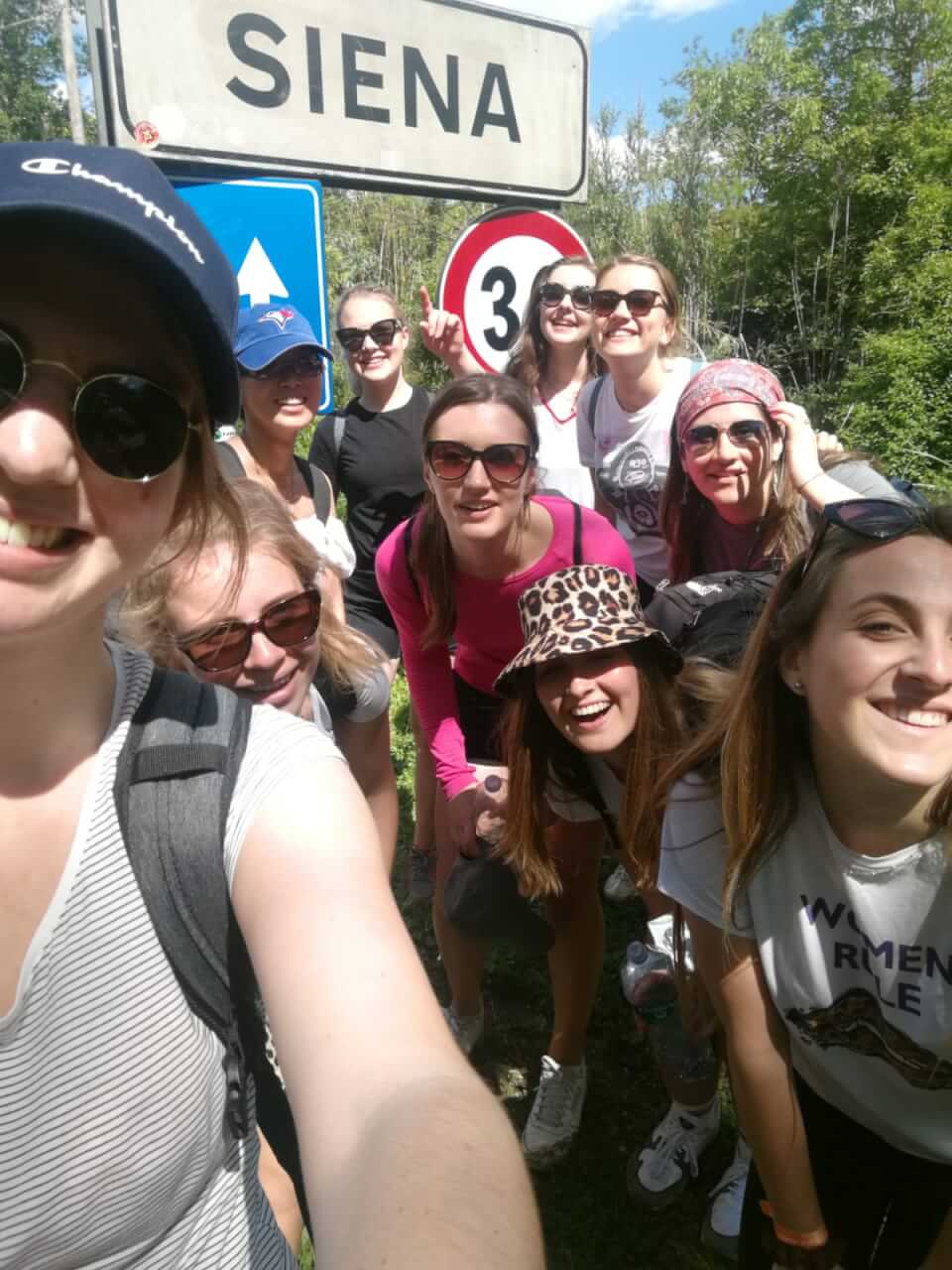 Except maybe when we reached this sign, which proclaimed Siena was “2km” away, even though 7km would be more accurate… 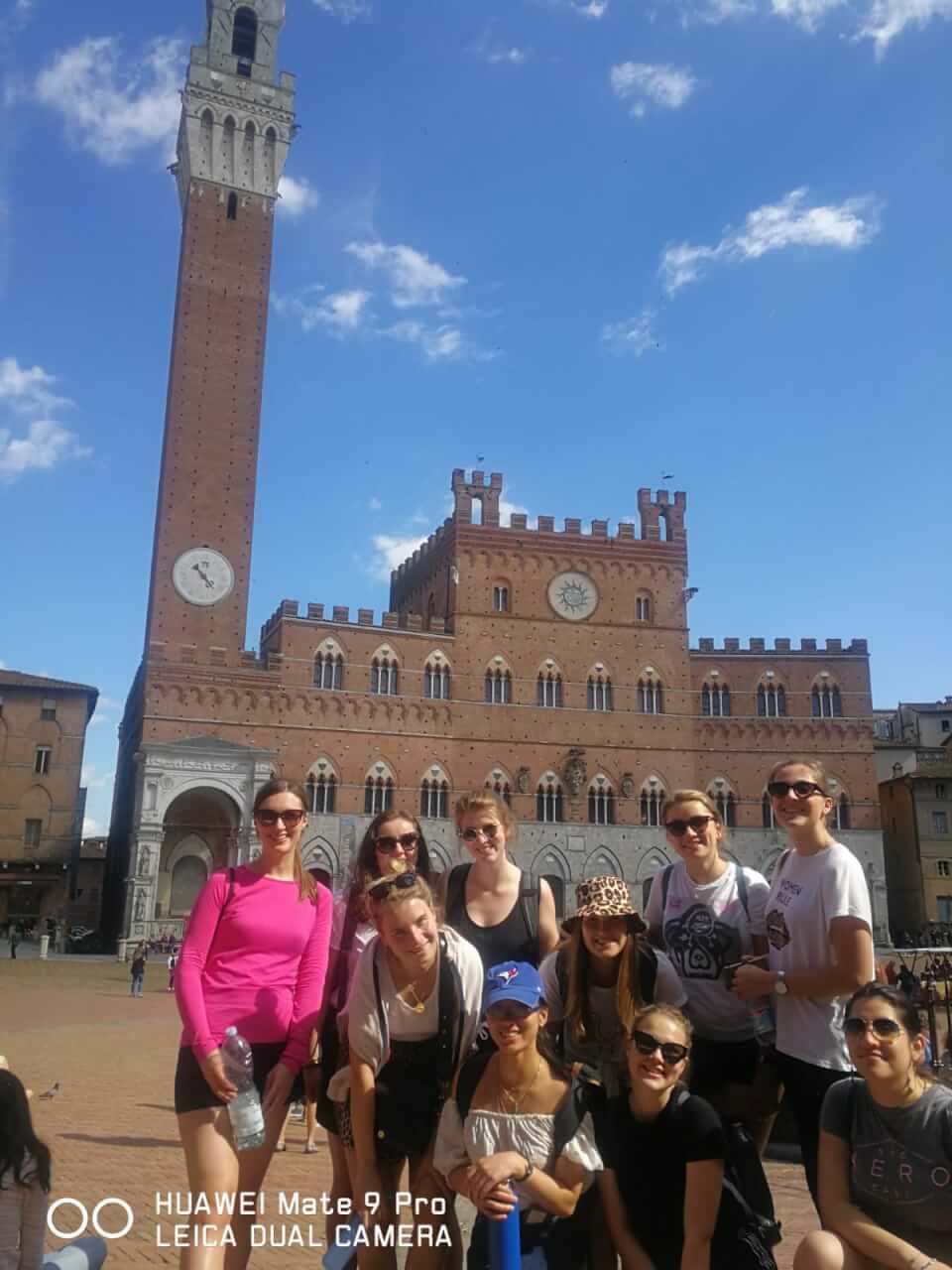 What’s more, with May ending, it was of course time to celebrate the most iconic night of the year- the Eurovision Song Contest final. Naturally, I did feel some pangs of nostalgia and homesickness when I saw videos of Warwick’s iconic screening of the event on the piazza, however, with a group of 16 girls from 7 different countries, and a whole lot of food and wine, my party was a close second. Unfortunately, I don’t have any photos, but I assure you, given that I am still finding glitter in my hair, it was a pretty special evening. 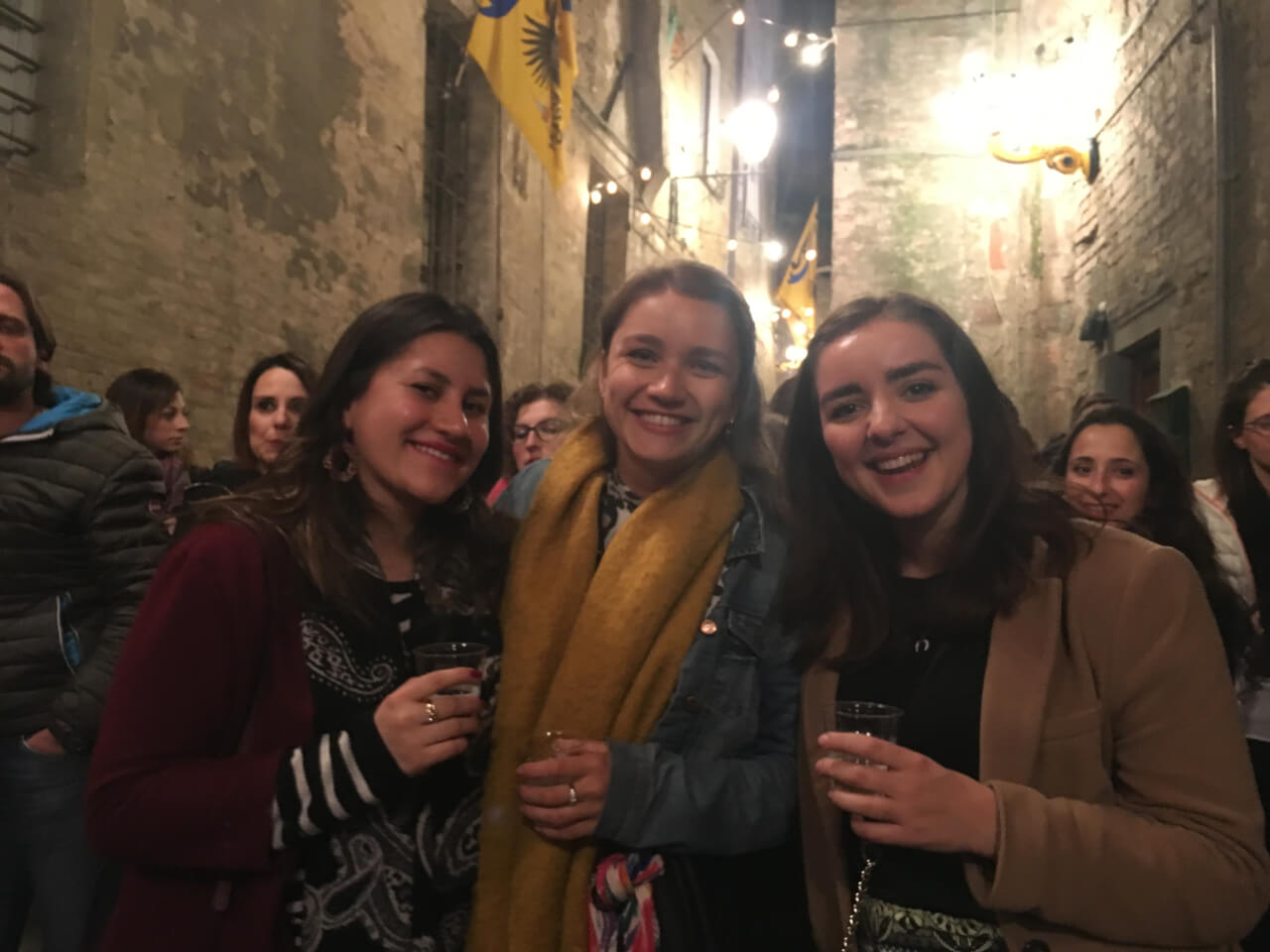 Yes, with more sun, means more contrada parties, which is where the 17 different districts of Siena through a lot of money (that they probably should save) and host parties every weekend. From outdoor nightclubs with 1000 people to wine tasting in the street and even a beer festival, Siena is always surprising. I think, given that we are less than a month away from Siena’s Palio (the biannual, beloved horse race between the different districts) life is only going to get crazier. Last weekend saw the official selection of who is racing in July, and wow, I did not expect this many people to arrive on a rainy Sunday evening at the Campo… 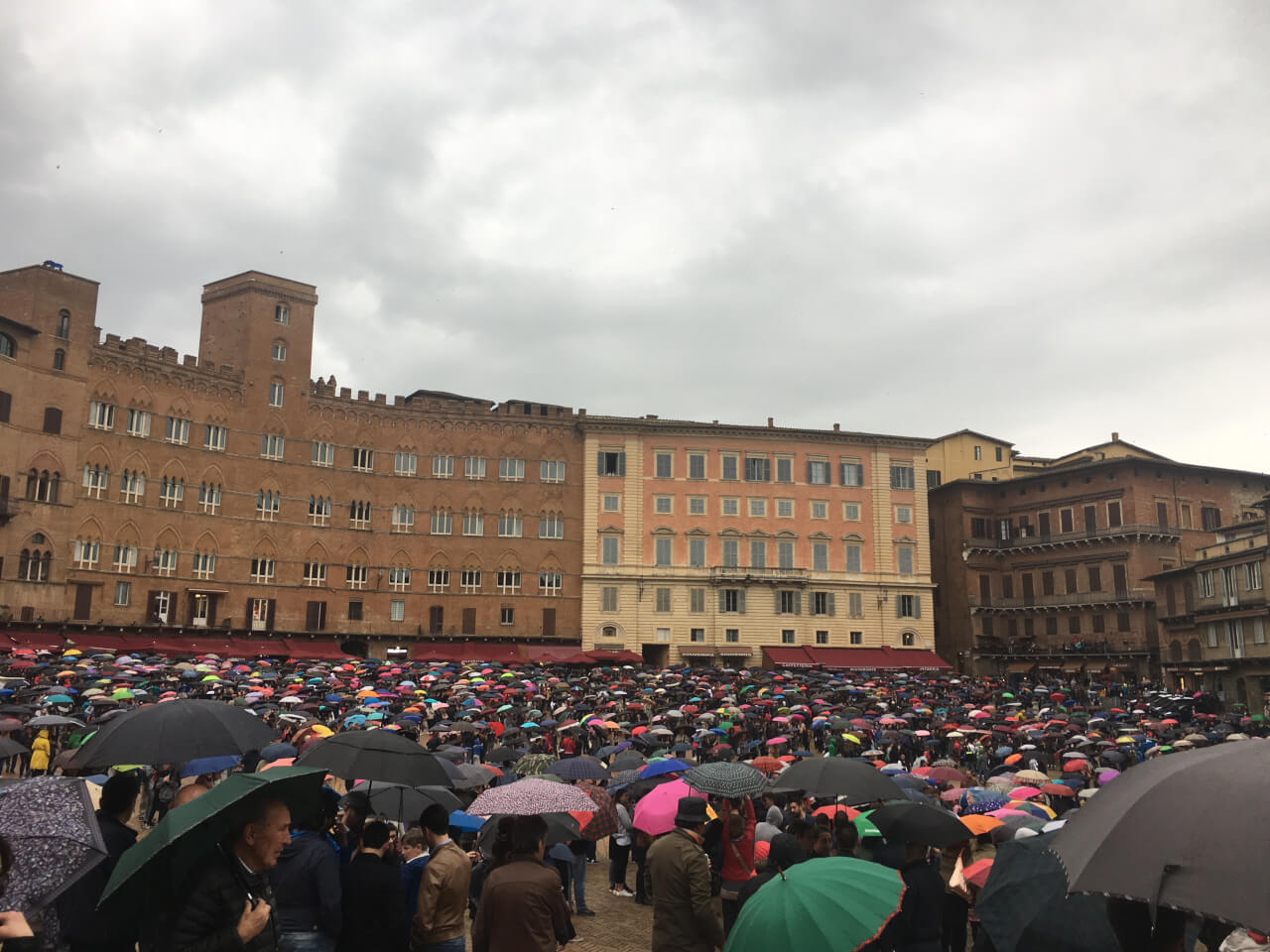 With 17 contrade, but only 10 spots up for grabs, it is quite emotional when the results of the lottery are revealed. Thankfully, if you don’t get to race in July, you are automatically chosen for the second Palio in August, meaning every district races at least once a year. My contrada, Onda (wave) is actually running both times, which should make for a pretty exciting day in July.

So yes, with 5 weeks until I leave, and a whole host of friends leaving before me, the countdown is truly on to enjoy every moment here in Italy, before my Erasmus finishes. And I am fully taking advantage of the longer days, and embracing la dolce vita. Even if that did mean admitting that maybe I have had enough Italian food for a lifetime, and therefore spending the last THREE Wednesdays eating “all you can eat Sushi…” 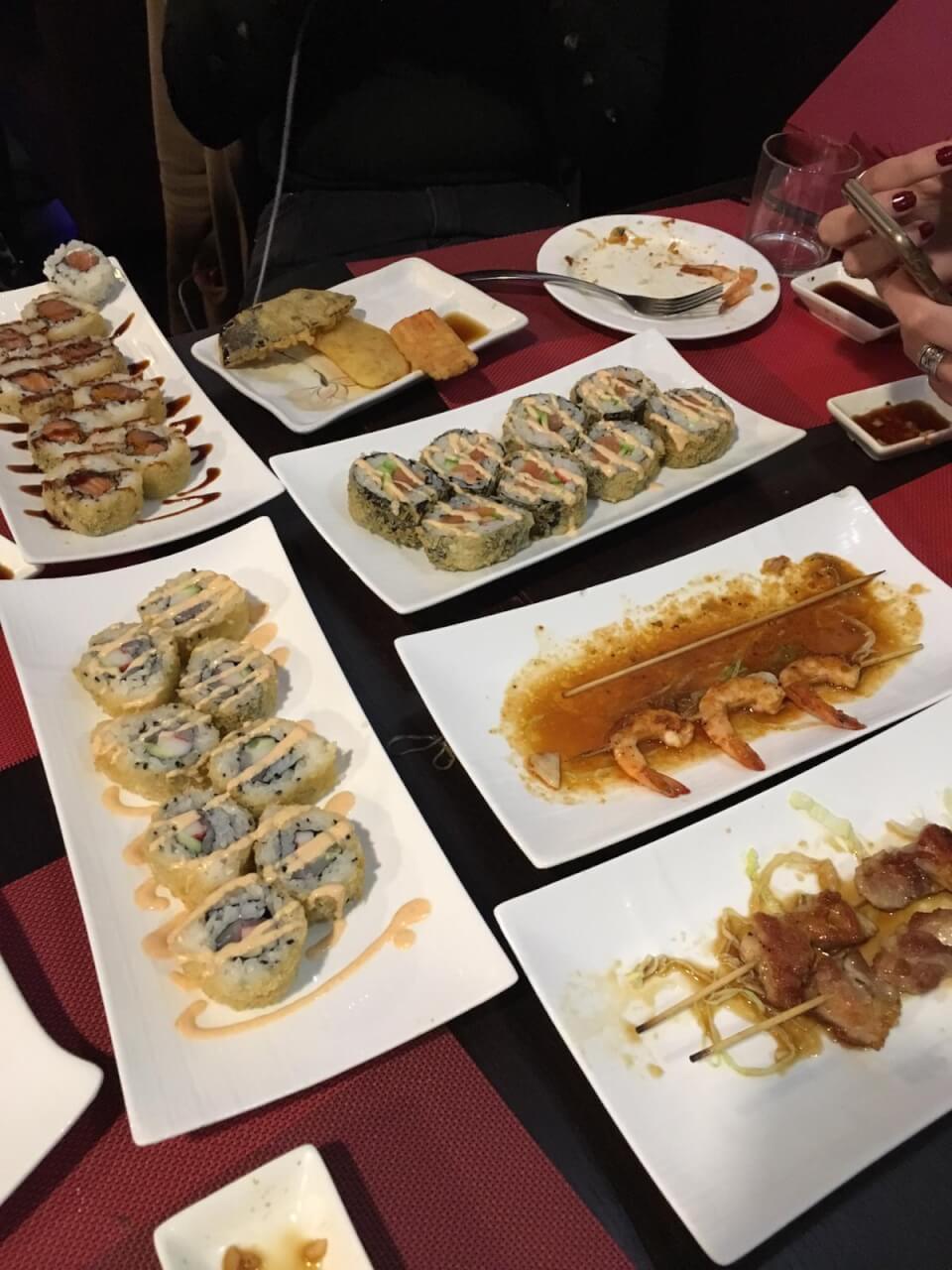 Hot tip: If you’re ever in Siena, get “Flying salmon bird eggs” THE best Sushi ever….

So sorry for such a rambling post, but I think now my life here is going to be dominated by fun, even if my exams beg to differ. I hope everyone is having a wonderful June, and if you’re still suffering through exams, keep going, I believe in you… summer is very nearly here! I know this time next year, when I am battling through my third year, I will probably read this and feel a lot of nostalgia, jealousy and tiredness. But in the mean time…