A FanTapstic Evening For All

You’ve probably got the idea by now – I like quizzes. Katy, one of my friends who I go to the QuizSoc pub quiz with, also happens to be a member of Tap Society. This week’s their charity week, and they’re raising money for the South Warwickshire Brain Injury Appeal. They’re also holding other events on campus this week – check out their Facebook for more details.

Last night, they held a pub quiz, so how could we not go? With our usual 5, plus 3 extras (maximum team size was 8 – unusually high, but it worked), team "I’d Tap D@" huddled around two of the little coffee tables in The Graduate.

I don’t really remember what all of the rounds were, but our strongest rounds were Current Affairs, General Knowledge and Sport. We admit that we got a zero in the round based on guessing celebrities from old pictures – though, from when the answers were read out, it sounded like most tables also zeroed it. Despite some slightly dubious questions (in the food round, "What does SPAM stand for?" – according to the SPAM website, only a few executives from Hormel Foods know the real answer), we were performing quite well. I was a bit out of my depth for Music, TV & Film and Sport, but fortunately had a strong team for those categories.

When it came to the final scores, we found out that we’d scored 52 points – putting us 1st by a margin of 3 points! Considering that we’re usually somewhere pretty near the bottom at QuizSoc’s pub quiz, it was a pretty big surprise for all involved. We claimed our box of chocolates and bottle of wine, and took a pub quiz selfie that (for once) doesn’t involve Chat Magazine. 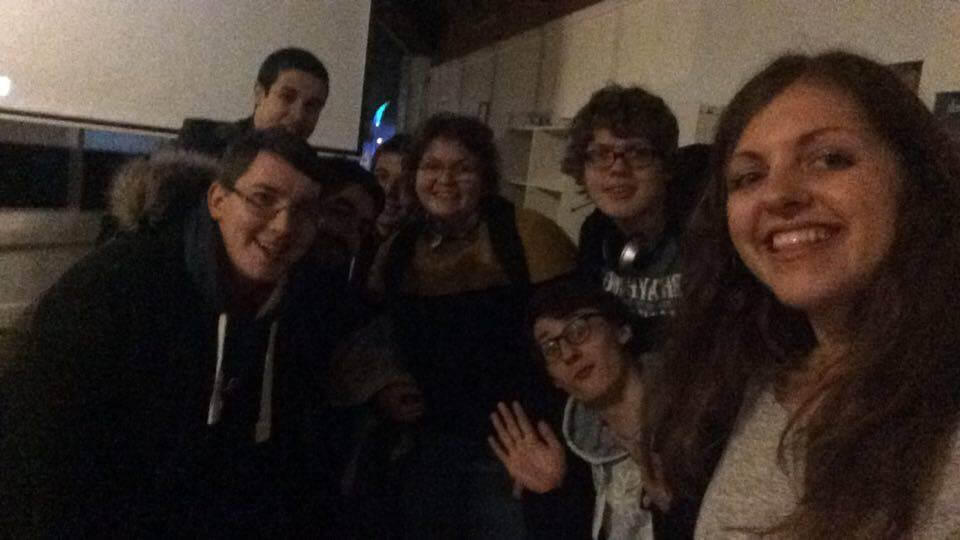