A day in the life of a year abroad student in Italy: PART 1 – OurWarwick

A day in the life of a year abroad student in Italy: PART 1

This is it. Just one more week of lectures and then I have officially finished my semester at the University of Siena. How crazy is that. For some reason these last few months have just seemed to have flown by. It really does not seem that long ago since I was in Chile saying goodbye to my beloved slice of South America, and now here I am almost finishing my time in Italy.

Therefore, before I begin even thinking about how I am going to overcome the inevitable deep ‘post-year abroad depression’ that is already beginning to shed a little light on my life with just the thought of returning to reality next year, I thought I would reflect a little on my life as an Erasmus student here in Italy. After all, that is what I came here for right?! 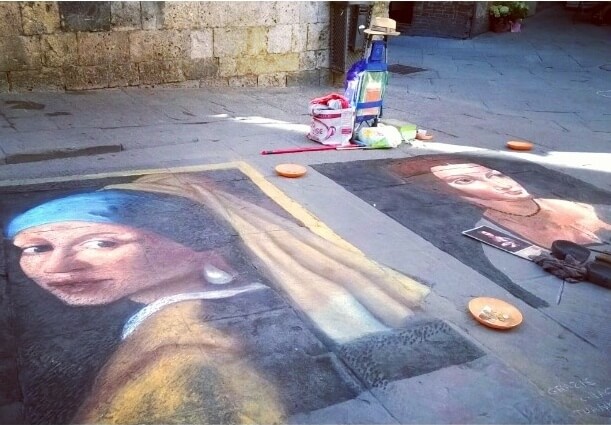 Last semester, during my time in Chile, I wrote a rather lengthy post entitled A day in the life of a year abroad student in which I provided you readers with a run-down of one of my days as a ‘year abroad Hispanic Studies student’ studying and travelling in South America. Therefore, I thought that it was about time that I did the same for Italy. After all, I feel that a little break from both the essay writing I have been attempting this week for my final year-abroad assignment for Warwick’s Italian Studies department, and a little shade from the 30°C sun I have just been soaking up whilst downing two spremute d’arance consecutively, is most definitely needed. 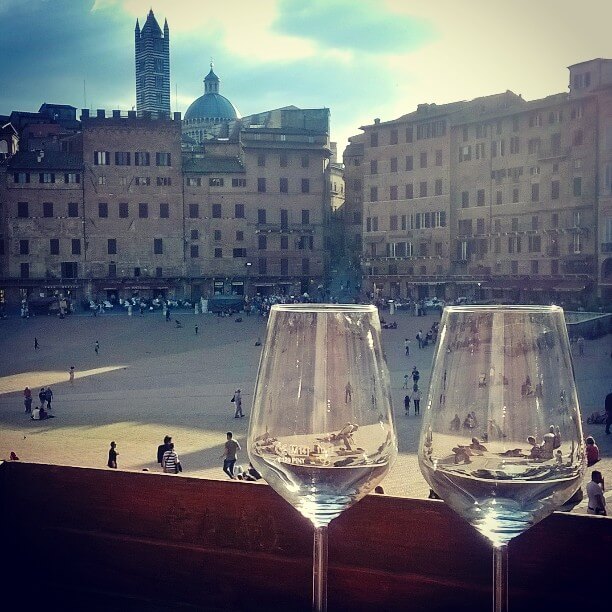 So here we go.

Unlike my timetable during my time studying in Chile, yet naturally in keeping with the nature of Italian culture and bureaucracy in general, my university week here in Italy is a little less simple to put it mildly. I should probably start by explaining the simple fact that everything clashes…yes everything. In fact, my first couple of weeks here were spent dipping in and out of various lectures in order to choose firstly what lectures clashed the least, secondly which ones I found interesting enough to motivate myself into attending throughout the duration of the semester (N.B. each class is a lengthy two hour, PowerPoint-less, non-stop, and non-compulsory spiel of pure Italian, thus inevitably challenging to follow even on the best of days) and more importantly, what lectures I could realistically understand and take notes from.

After my traditional bowel of Weetabix (to which I must thank all my visitors so far for their much appreciated contributions from England due to the ridiculously over-priced and hard-to-find nature of Weetabix in Siena’s one and only Conad) I do my morning exercise workout. Can’t let Italy get the better of me again can we now.

Having dressed, made myself up, teeth brushed and having gathered my things together, I leave the flat and start the 15-20 minute walk to my first lecture, normally stopping to meet my friend Hannah mid-way.

Arrive at San Niccolò for the first lecture of the day, Letteratura Anglo-Americana…

…well, for when it’s supposed to start…

After catching up on weekend gossip and fiddling around with the projector (this is my only class where we are given the aid of some slides to follow…bliss) the lecture actually starts.

This has actually proved to be by far my favourite lecture out of the four courses I chose this semester. Despite starting mid-February (yes, second semester Erasmus students were told to come for the first week of March but what can you do) and therefore having missed a fair few lectures, the course was based on Italian-American literature. Focussing on Pietro Di Donato’s Christ in Concrete, John Fante’s Wait Until Spring, Bandini and Don Di Lillo’s Underworld, though some rather in depth analysis (all in Italian of course) we explored the themes concerning Italian emigration to the US through the course of generations; in particular looking at the traumas, slow process of Americanisation, and the tensions derived from a common desire to maintain Italian identity, tradition and culture in this new and contrasting world of the Americas. It probably helped that the professoressa, who was evidently adored by all the young Italian male youths of the class, despite speaking at -approximately 100mph- was extremely enthusiastic, spoke clear Italian to understand, and would even give my friend and I the odd recommendation now and then concerning which Tuscan towns to visit over the weekend.

Lecture finished. Mind drained. Absolutely starving and gagging for a macchiato– my staple drink and post-lecture rescue remedy (essentially an espresso with a ‘dash’ of milk).

I thought the hour and a half long lectures in Chile were pushing it when it came to my concentration abilities towards the end, but Italian lectures take things to a whole new level. Plus generally speaking each class of two hours will take place three times a week…meaning…if I was to go to every lesson of my four courses I chose (to make up the Italian equivalent of 30 credits) I would be attending…erm 24 hours a week?! No wonder lectures in Italy are non obbligatorio and Warwick’s Italian department just encourage us to try and attend as many hours as we would in a normal week at Warwick.

[Continued here: A day in the life of a year abroad student in Italy: PART 2]