A Day in the Life: Bubble Tea! – OurWarwick

A Day in the Life: Bubble Tea!

I thought I’d let you look into a Tuesday in Term 3. Currently, I don’t have any regular lectures, just the occasional revision lecture, so my time is mine to organise. I’ve also not got any more exams for over a week, so they aren’t yet part of my daily routine!

I woke up at about 08:30, and after all of the usual breakfast/shower/getting dressed routine, I went to catch the bus to campus. I live on the National Express 12X route, which direct to campus from Coventry, and runs every 15 minutes during the daytime – very convenient!

I work as part of the Warwick Welcome Service, and had been scheduled to give a campus tour at 10:30, so I walked out to University House. As with most WWS events, I had to wear my ambassador uniform – it’s a pretty distinctive bright yellow polo shirt with the Warwick logo, so we can be spotted easily in a crowd on open days. Fortunately, yellow is my favourite colour – unfortunately, it seems to be a firm favourite amongst the insect population at Warwick, which is now starting to surface as we move into the summer. I more or less followed my usual route – from University House, I headed towards the prospective student’s department, then to the library, then the Arts Centre, then the SU, then Rootes, then the Health Centre, then the sports centre and back to University House. Tours generally only last an hour, so it’s not possible to see every aspect of Warwick life in detail, but I try to show a mixture of things, because there’s so much going on to appeal to many different tastes.

Seeing as I’d ended my tour at University House, I decided to study in the Learning Grid for a couple of hours. It’s a pretty flexible space and there were quite a few spare desks when I got there. I sat and made notes from the slides on Metric Spaces – that’s going to be my next exam.

After making my notes, I grabbed some lunch from Tesco, then walked to the Zeeman Building (aka Maths and Stats) to continue working on Metric Spaces. I decided to redo some of the exercises that we’d been given during the lecture series to cement the notes I’d made earlier into my head.

I’d arranged to meet my flatmate, Tongjia, late in the afternoon. There’s a new bubble tea shop that’s opened in Cannon Park, and I’d never been before, so she offered to take me with her. I had the classic milk bubble tea at her recommendation – it was very good, especially on a hot day! 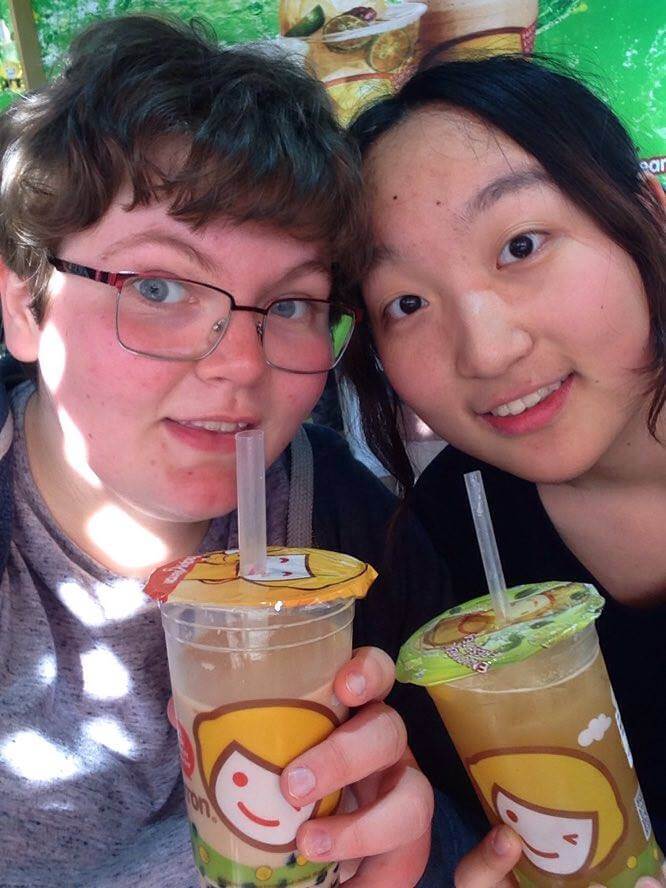 After that, I went to buzzer quiz practice with the Quiz Society for a couple of hours. My proudest buzz of the evening was on the botched restoration of – I believe I referred to it as “the monkey Jesus painting”, but apparently that description was acceptable. There was also a set of bonus questions on the legal history of homosexuality in the UK – one of the answers was the Wolfenden Report, which I’ve been waiting to hear about in a quiz for so long.

After a couple of hours of quizzing, I made my way home to have dinner and read over what I’d done for the day. I also spent a bit of time online, chatting to friends and watching Youtube videos.

And so it goes at the moment!