A (brief) early guide to choosing the right accommodation for first year. – OurWarwick

A (brief) early guide to choosing the right accommodation for first year. 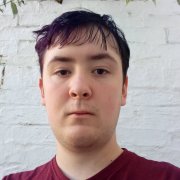 At some point, you’re going to need to apply for accommodation, whether or not you end up coming to Warwick. This is not going to be required for a while, as you do have to actually decide where you want to go first. I thought it might be a good idea to suggest some general tips for choosing the right accommodation for you, to help you get an early understanding of the process.

Before choosing accommodations, you need to figure out whether or not you want to share a bathroom. There are pros and cons to each, with the most notable being the fact that en-suite accommodations have separate bathrooms in the rooms, providing greater privacy and eliminating the possibility of toilets and showers not being available when you wish to use them. However, often times accommodations with shared bathrooms are cheaper than their en-suite counterparts, leaving more money for other things such as food.

It is possible for a university to offer shared rooms, which come with an extra person to live in the room, but a lower per-person cost. At Warwick there are two accommodations that offer shared rooms, one of which being an en-suite. As such, if you would not mind sharing a room with someone, this may be a considerable option.

For Warwick last year (2019), the accommodation application process opened some time between March and August. Once opened, the website allowed one to input their preferences for accommodation, with options such as willingness to share a room, preferences on living in quieter areas, whether or not one would prefer a gender-segregated block. There was also an accommodation selection screen, in which one would rank their top eight accommodations in order of preference. It should be noted as well that the accommodation section of the Warwick website has information on all of the on-campus accommodations, which can be incredibly helpful, especially if you missed out on visiting them during the open days.