4 types of flowers around Warwick. – OurWarwick

4 types of flowers around Warwick.

With the change in the weather, the flowers in University of Warwick have begun to bloom. This blog post is about four types of flowers that can be found here (there are more than four types) and their symbolism. This can be something to think about when you see the flowers around Warwick. 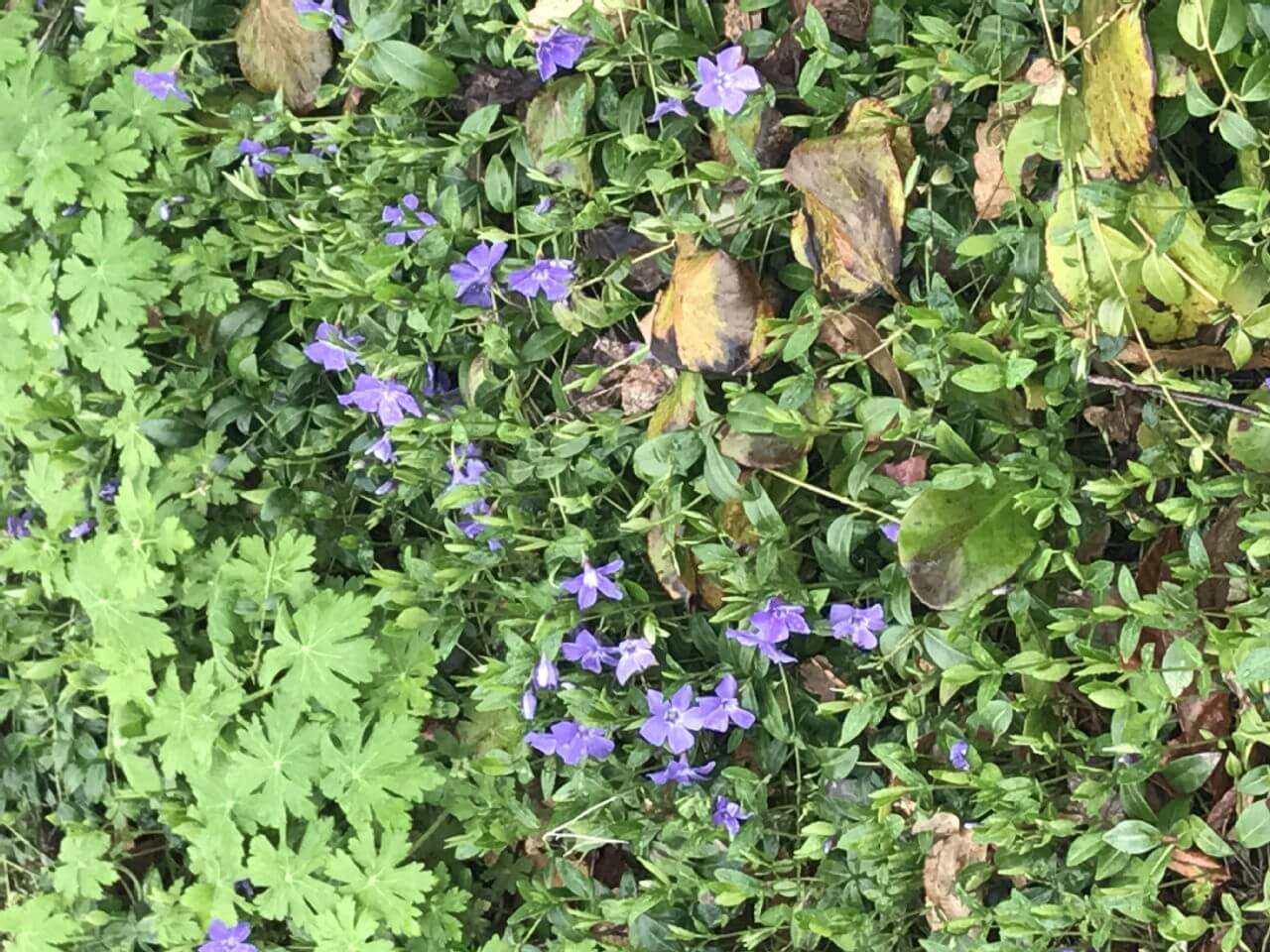 Firstly, the violets. The violets are small flowers which can be found among the grass patches in the University. These flowers stand out due to their striking colors. The violets usually symbolize modesty. In Greek mythology, Artemis changed a nymph companion, whom had sworn to stay a maiden, to protect her modesty from her twin brother, Apollo. In Christianity, violets are associated with Mary and modesty, the religious name Viola odorata is Our Lady’s Modesty. Violets can also symbolize spiritual wisdom, humility and faithfulness. Violets with yellow roses are flowers to give for 50 wedding anniversary. 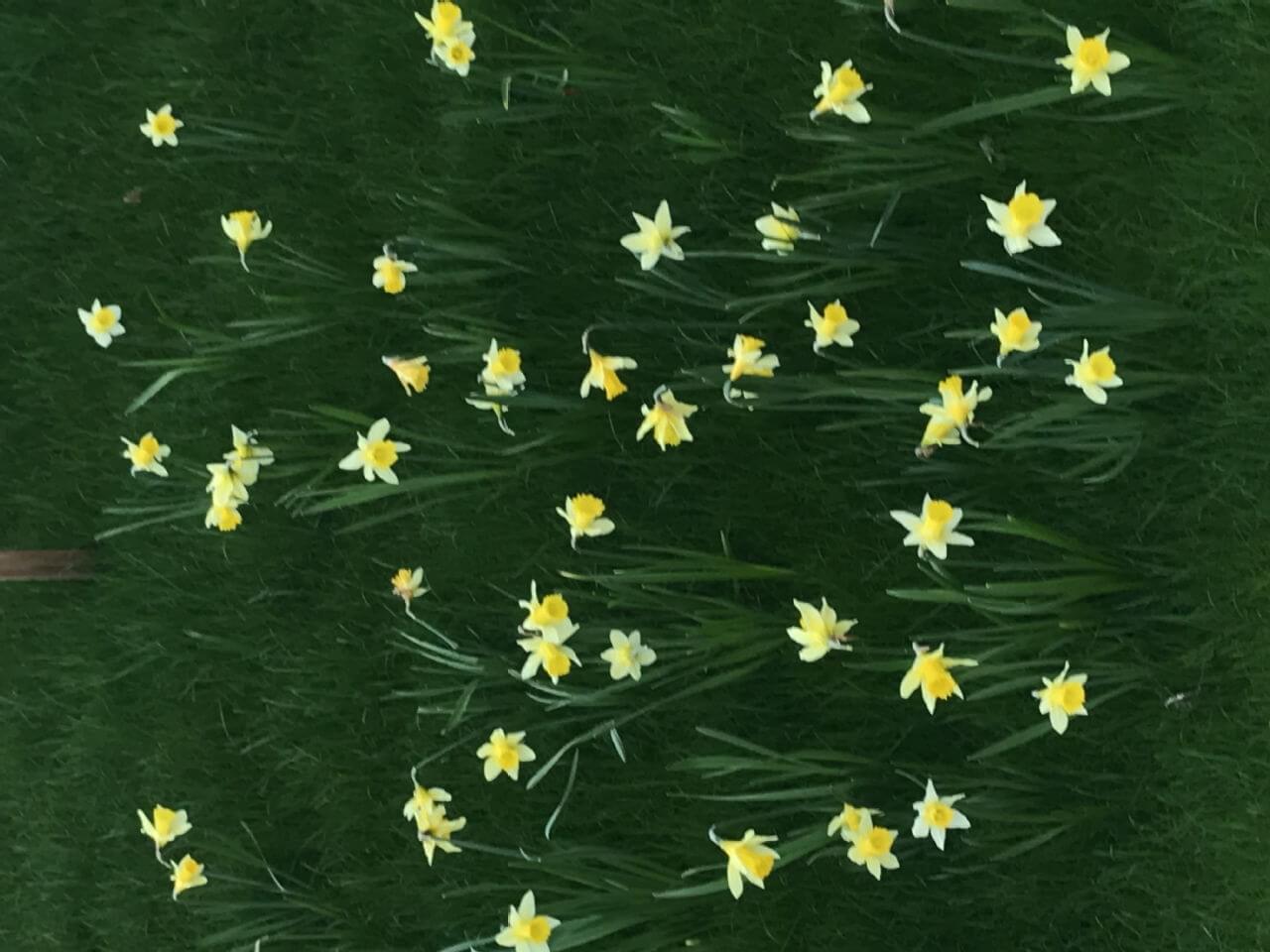 Daffodils are commonly found scattered around University of Warwick with their trumpet-like shaped petals. Daffodils are the flowers of spring as it is one of the first perennial flowers to bloom after winter and thus, symbolizes rebirth and new beginnings. In Greek mythology, Narcissus, son of a river god, was renowned for his beauty and was arrogant. The goddess Nemesis lured Narcissus to the river where he fell in love with his own reflection and drowned while trying to capture it. The flowers growing along the riverbank were, hence, named Narcissus – the Latin name for daffodils. 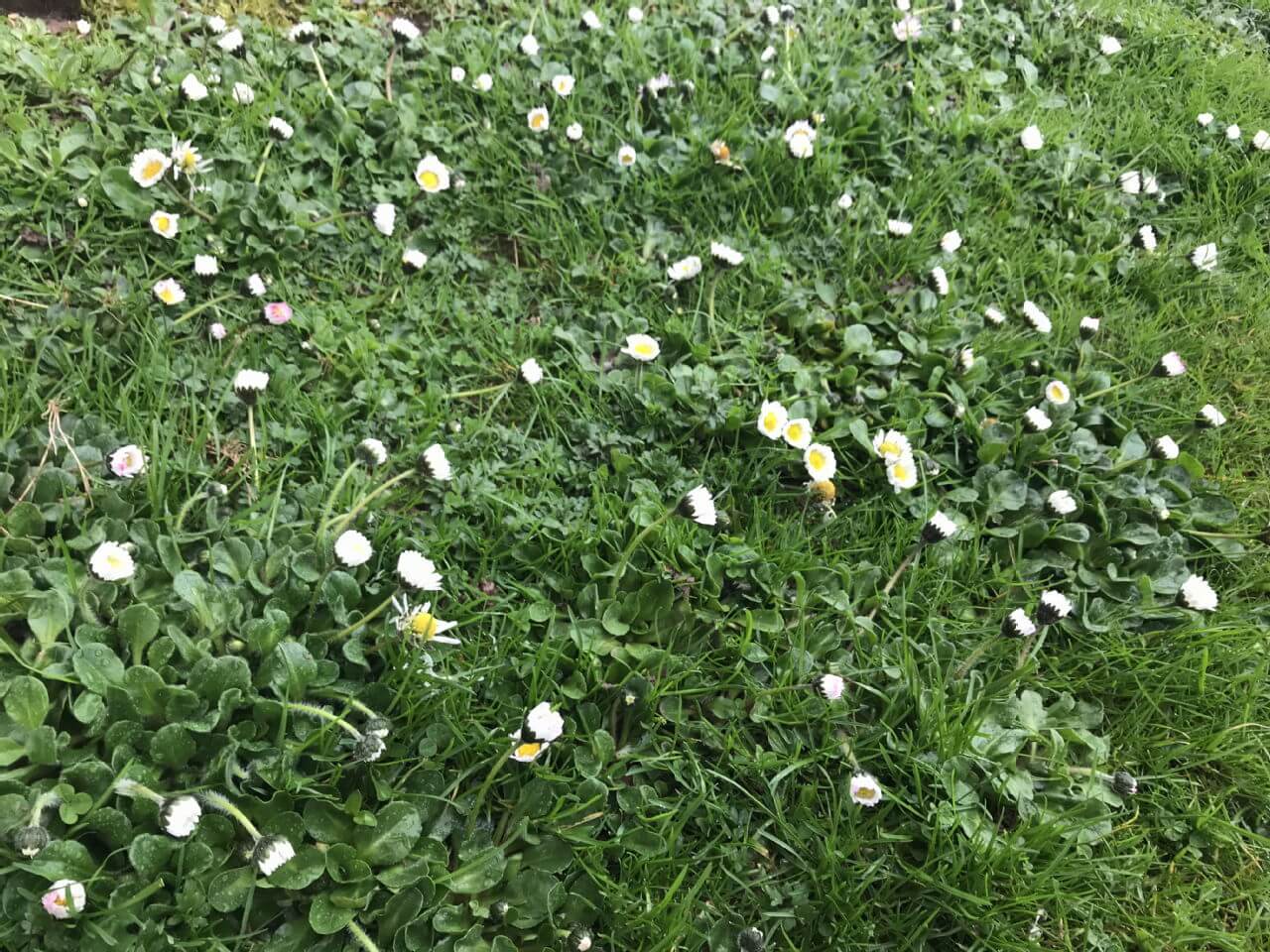 Daisy Fleabane, also known as erigeron annus, is a small flower with bright yellow central disks in the inner section (disc floret) with short and thin outer petals (ray floret). These plants are edible (not that I recommend anyone to eat it) and are commonly found along the sidewalks in Warwick. Daisy consists of disc floret and ray floret, which are actually two different types of flower fused so beautifully that they are sometimes used to symbolize true love. The phrase ‘as fresh as a daisy’ signifies that someone had a good night’s rest as the petals close over the center at night and re-open during the day. Daisies are sometimes used to symbolize innocence and purity. In Norse mythology, the daisy Freya, goddess of love, beauty and fertility sacred flower. 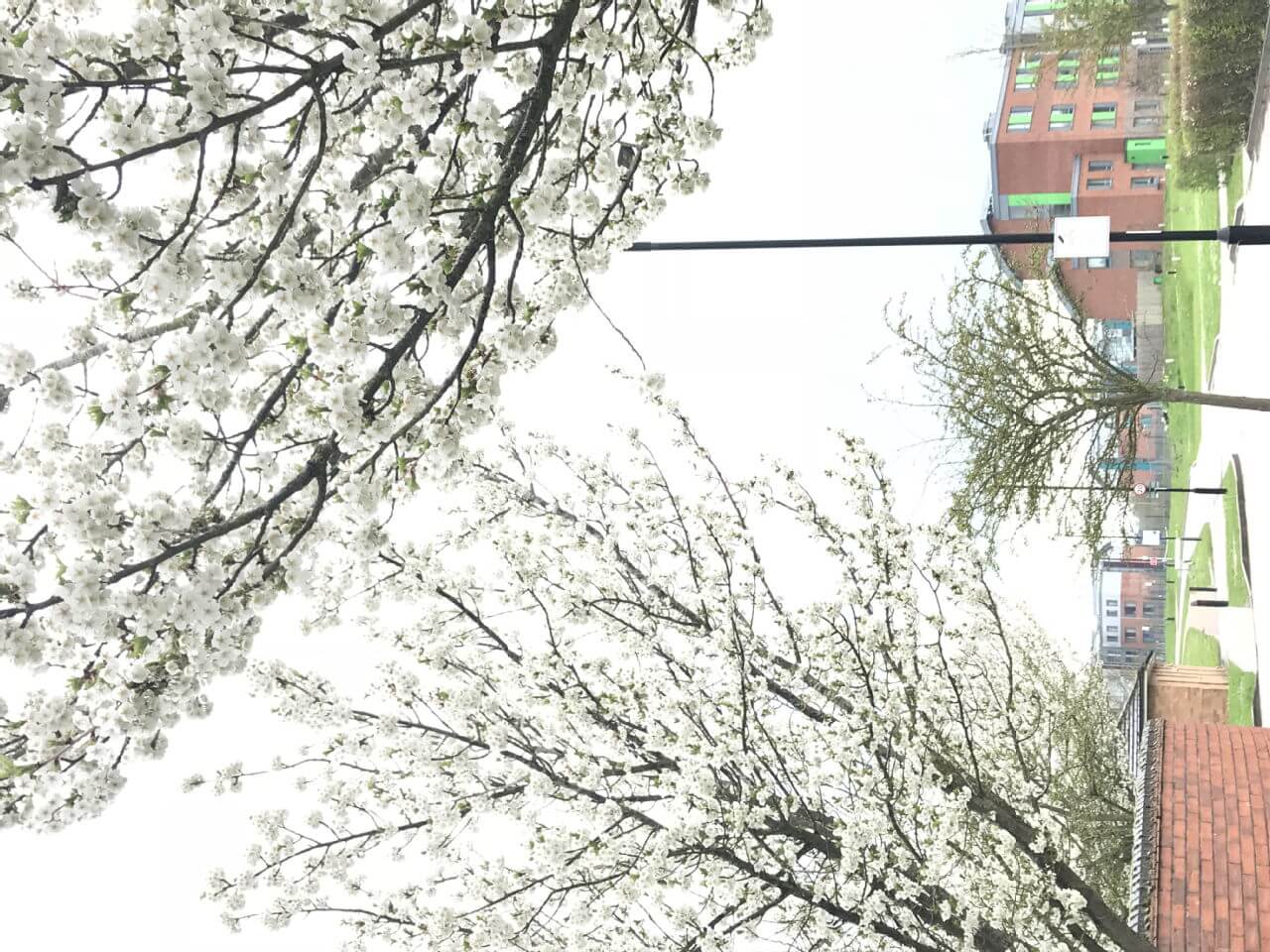 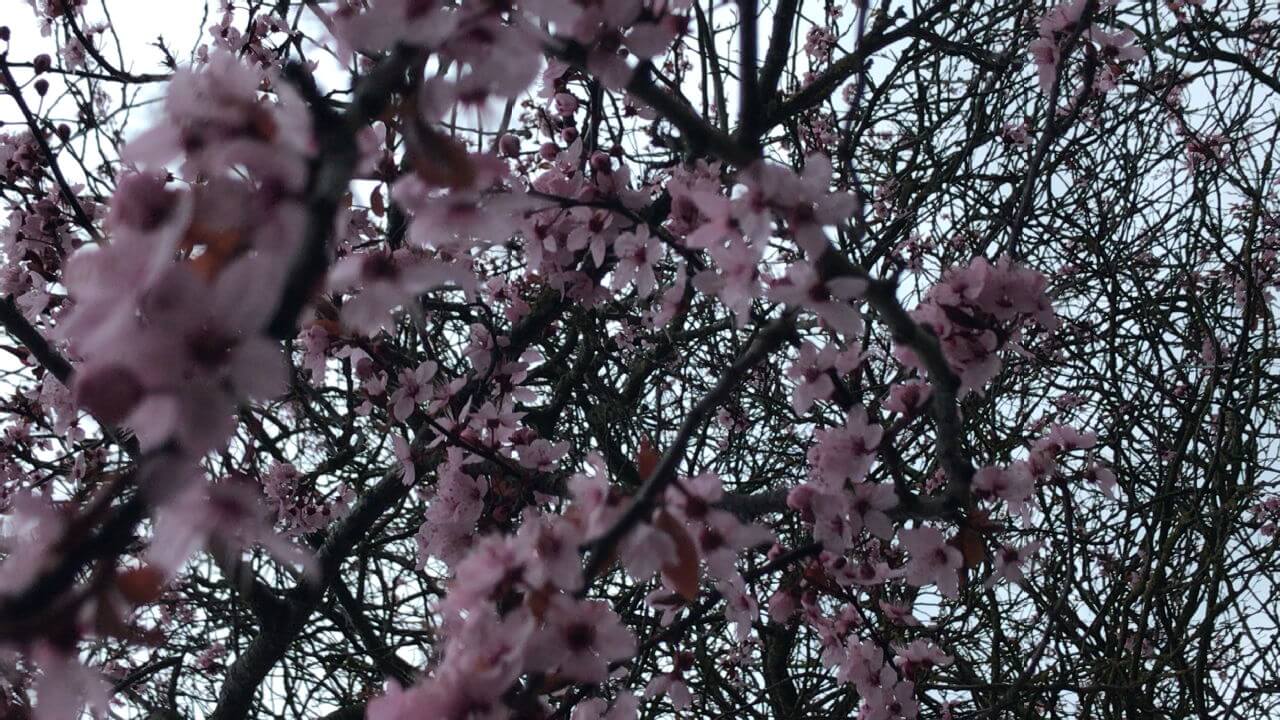 Lastly, the cherry blossoms. The cherry blossoms, also known as Sakura, are the flowers of several trees of genus Prunus. These beautiful small flowers grow in either white or pink clusters around Warwick’s campus. The meaning of cherry blossoms is different for Japanese and Chinese culture. In Japan, cherry blossoms represent the ‘transient of life’ as cherry blossoms are fragile and the bloom for as long as 14 days. Wind and rain can further shorten the period. A story about cherry blossoms in Japan about sacrifice is that an old samurai wanted to save the life of a dying Sakura tree. to save the tree, he sat under it and committed a ritual suicide which gave the essence of the samurai’s life to the tree. This is the reason why Kamikaze pilot used these flowers as symbols for their mission. In China, cherry blossom is a symbol of feminine dominance. It demonstrates female beauty and sexuality.

These are the four types of flowers with their stories and meanings. Hopefully after reading, you would appreciate the flowers more when you pass by them. (Note: All pictures are taken around the campus of University of Warwick and I promise you they look nicer in reality)